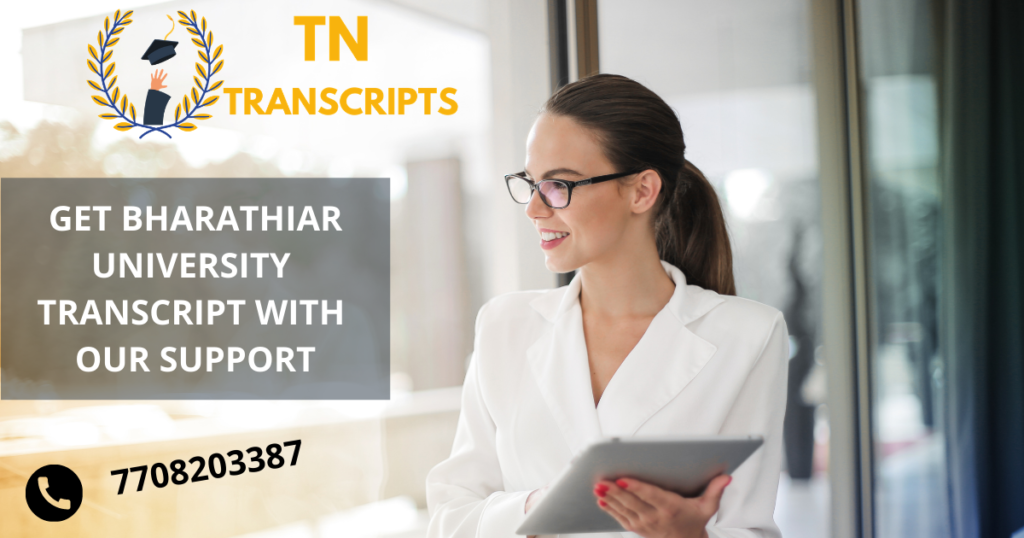 The Bharathiar University – SDE(school of distance education) was established on 1991-1992. The Bharathiar University increased the number of distance educations centres for the enrollment and for the spot admissions for the coutry to to help increase the literacy rate. The school also admits direct walkin enrollment as well as the specified regional centers across coimbatore. They are also preparing their own indiviual materials for distance learners.

Transcript is a document which contains entire academic records of the cadidate from the first semester to the last semester. It can be obtained individually or can be send to the desired organisations like WES/ICAS/IQAS/CES/ICES. Each set of the transcripts/attested marksheet will be delivered in a officially sealed envelope with the university stamp. Transcripts is mainly needed for the immigration process/PR Visa/Study Visa for the abroad process. TN TRANSCRIPTS provide services for getting tanscript faster and safer.

TN TRANSCRIPTS will collect the soft copies of all the needed documents from the candidate and then our service executive will go to the univeristy behalf of the candiate and intiate the transcript application process. We will try our best to collect the transcript faster and safer.

It usually takes 20-25 working days to issue the transcript from the University. but TN TRANSCRIPTS can expedite the process and get the transcript faster than usuall processing time. Additionally we can help you with getting the degree certificate or marksheets from the University faster. Once transcripts is ready our service executive will go to the universtiy for the collecting transcripts and courier it to the desired address with our safer and faster courier service providers.

TN TRANSCRIPTS will also assists you with the complete ECA process like creating WES profile and following the profile updates untill getting the Educational Credential Assessment report.